The Kwanini marine team installed a water quality monitoring device in the water beneath the Manta Resort’s underwater room in December. It automatically takes readings every hour and tells us what the water temperature is so we can see the impact of climate change.

Arguably the most influential natural historian of our time, Sir David Attenborough, has recently highlighted the problems that coral reefs face in the light of climate change. Although corals love to grow in clear, warm seas, increasing global sea water temperatures have produced widescale destruction of reef systems around the world. We wanted to know whether our reef systems were in danger from rising sea water temperatures and acidification of the ocean from increased carbon dioxide inputs. To understand what is going on in the water we needed data.

This week we are excited to announce the deployment of our water quality monitoring device (the sonde) in the Kwanini Marine Protected Area. The sonde is an advanced oceanography device used to measure the salinity, temperature, pH and dissolved oxygen levels of the sea water at hourly intervals for periods of up to 3 months. This gives us an uninterrupted record of water temperature throughout the year and will allow us to determine whether sea water temperatures have reached the thresholds which make corals bleach. We believe it is the first such device to be installed for long term studies in Pemba and it will remove some of the uncertainties about the impact of water temperatures on corals in the Pemba Channel. 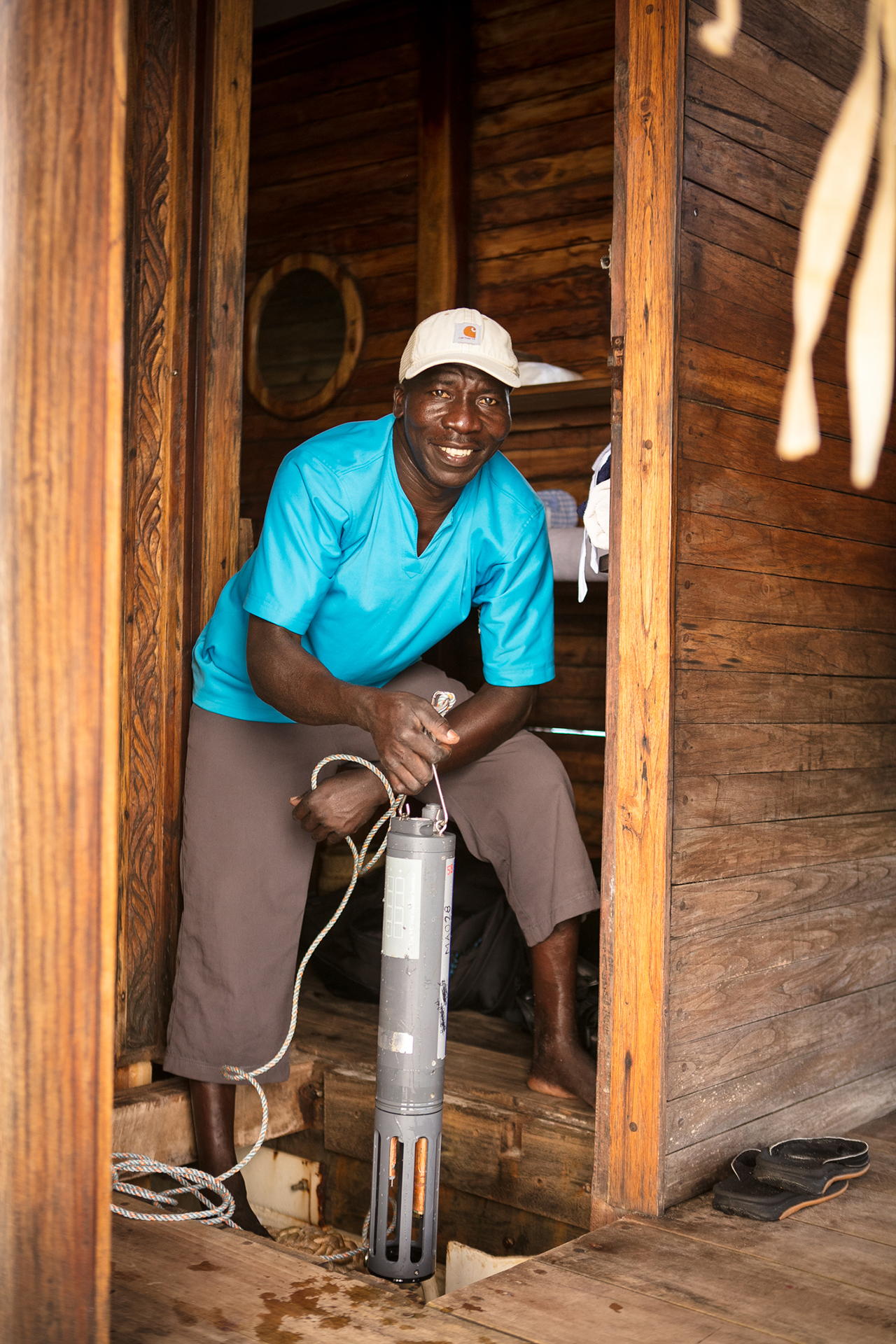 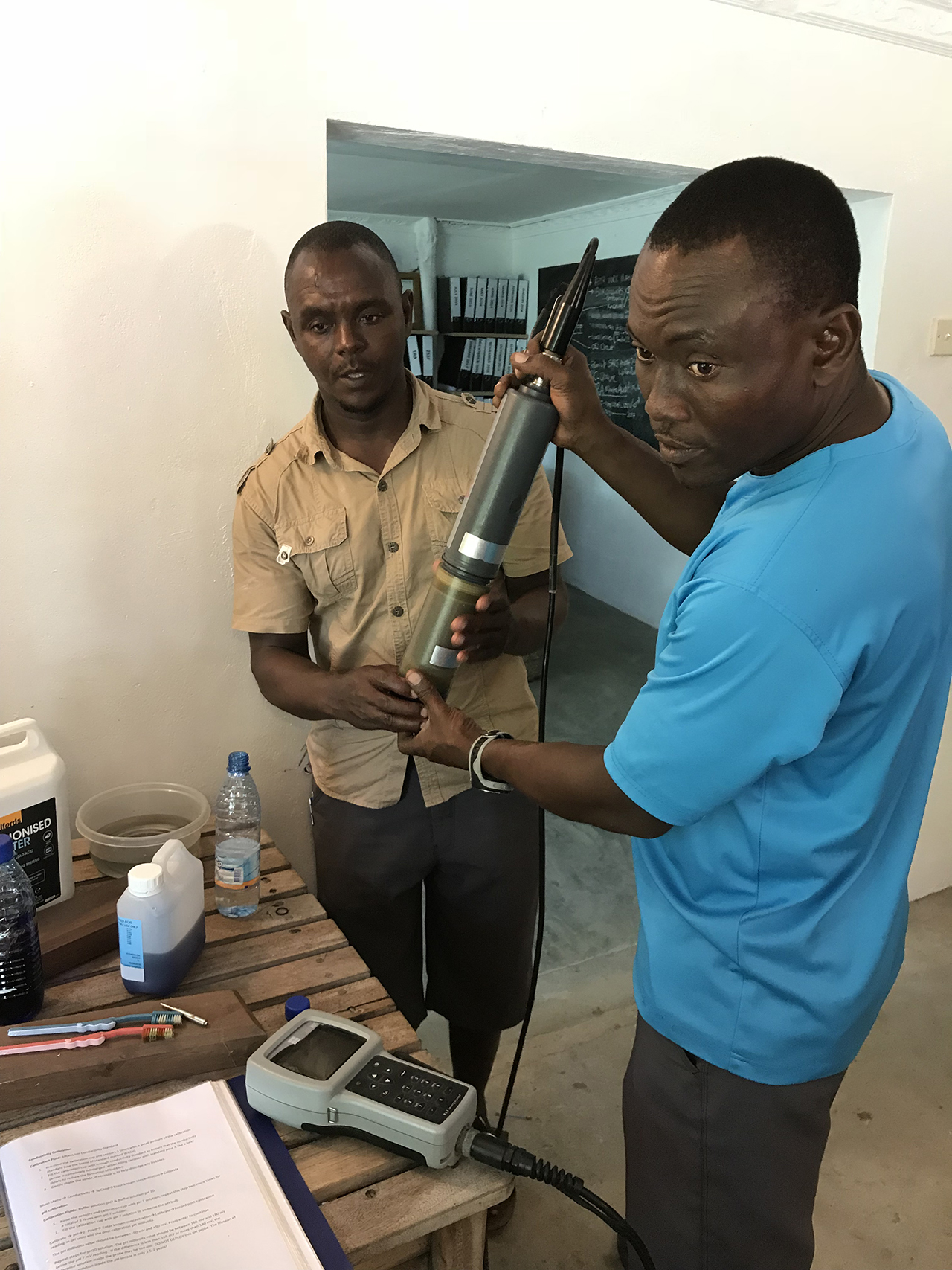 Ordinarily, the one weakness of a sonde device is that it remains in only one location which sadly limits the overall understanding of water conditions across a wider area. As a result, we have also obtained a handheld sonde device which can be taken with us while we conduct other surveys or when the Manta Resort Dive team take visitors out. This all helps us gain a clearer and more balanced spread of data over a much larger sample size.

We have trained the Manta Resort Diver team to collect data using the hand-held device and to look after our delicate instruments. We now have nearly six months of data and we will be displaying this on the website soon.

If you stay in the Underwater Room, or go for a dive around it, please have a look at the instrument but please don’t touch it! If you go on a dive please ask the Dive Team about taking the water quality data, they would be happy to give you a demonstration.