In December 2017 the Kwanini Foundation marine team spotted a series of interesting-looking corals ringing the lagoon within the Kwanini Marine Protected Area (KMPA). We thought it would make an excellent snorkel trail where people could learn more about the marine life in the KMPA in a safe environment.

The shallow water reef flat is exposed to the air at periods of very low water, normally called spring tides. These tides occur once a month but can sometimes be extreme and expose all the shallow water areas. Corals can survive brief periods of exposure to the air, although the top of the coral might get damaged and die whilst the sides can often survive. We were very surprised to find that there were some very good examples of corals on the reef flat just outside the Manta Resort.

Why were we surprised? The reef flat is heavily fished by the local communities for shells, octopus and sometimes fish. The constant trampling over the corals crushes them and the over-turning of rocks and corals continuously disturbs the environment. So, to find some healthy, intact corals was a bonus. What were these corals? How had they escaped trampling? What else might we find if we took a closer look? How could we promote and protect this area?

Two Kwanini Foundation team members went snorkelling to check out the features, to identify coral species, make a preliminary record and get a feel for fauna populations along the route. What followed was an enlightening 40-minute snorkel across a series of encouragingly healthy coral colonies with a vibrant fish population living amongst them. There are some great invertebrates too – giant clams and sea cucumbers nestled amongst the corals. Look out for sea urchins wearing ‘hats’ and swarms of fish fry in the deeper parts of the lagoon. 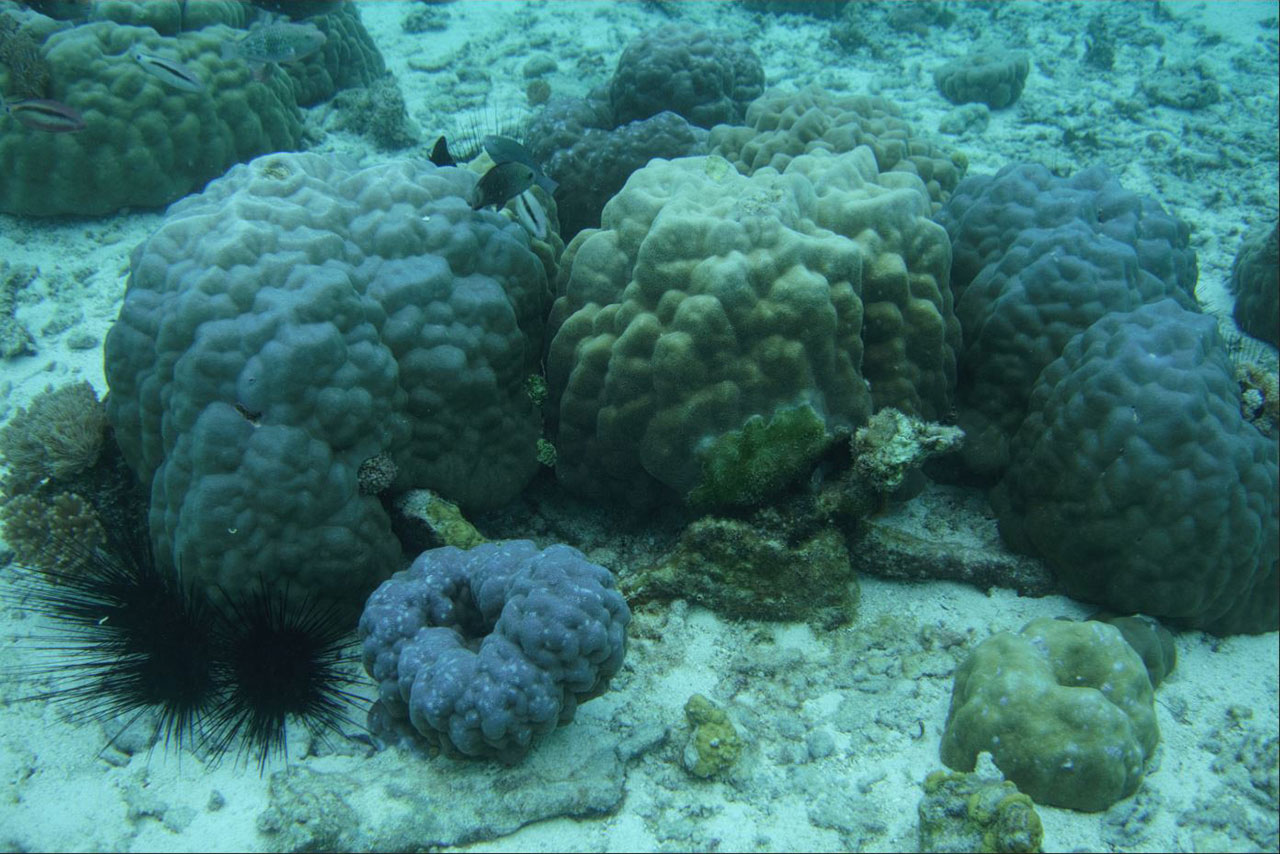 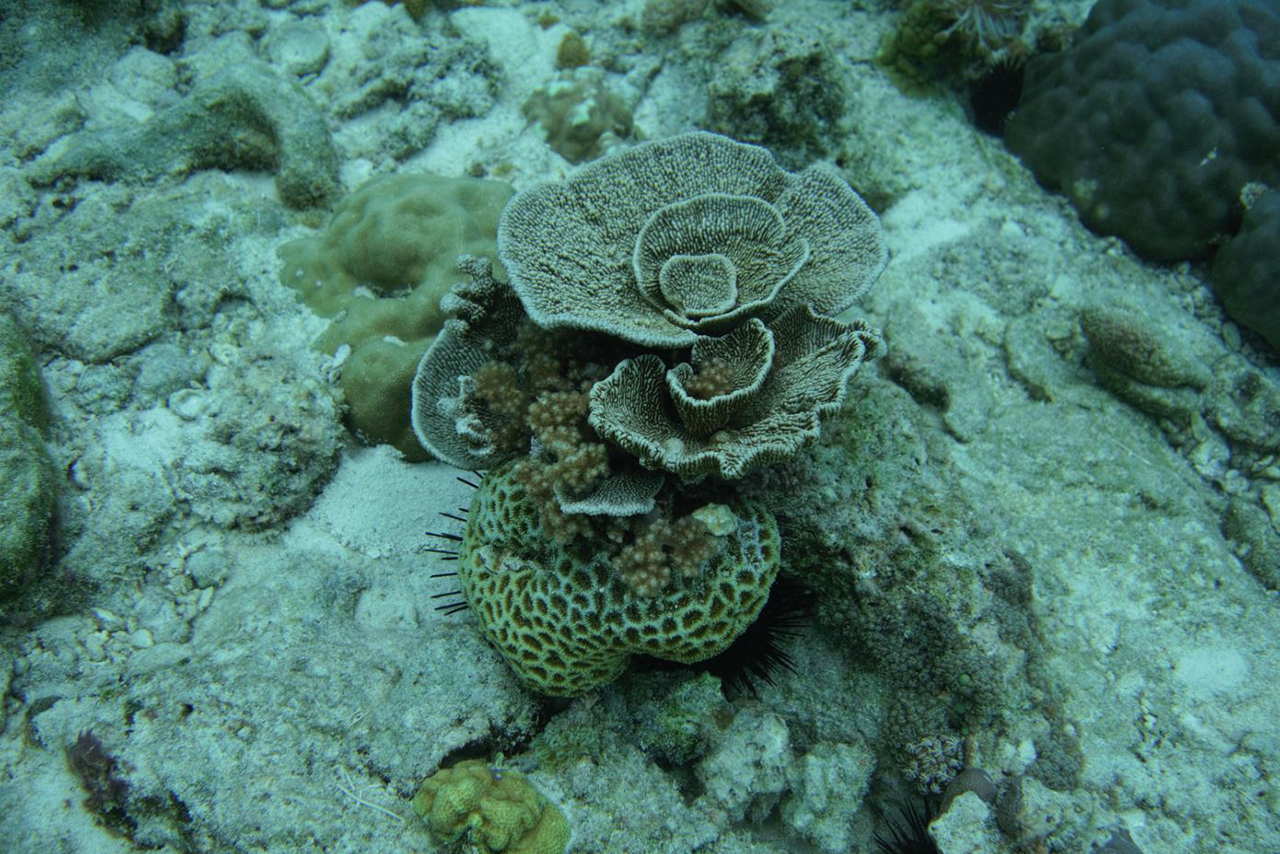 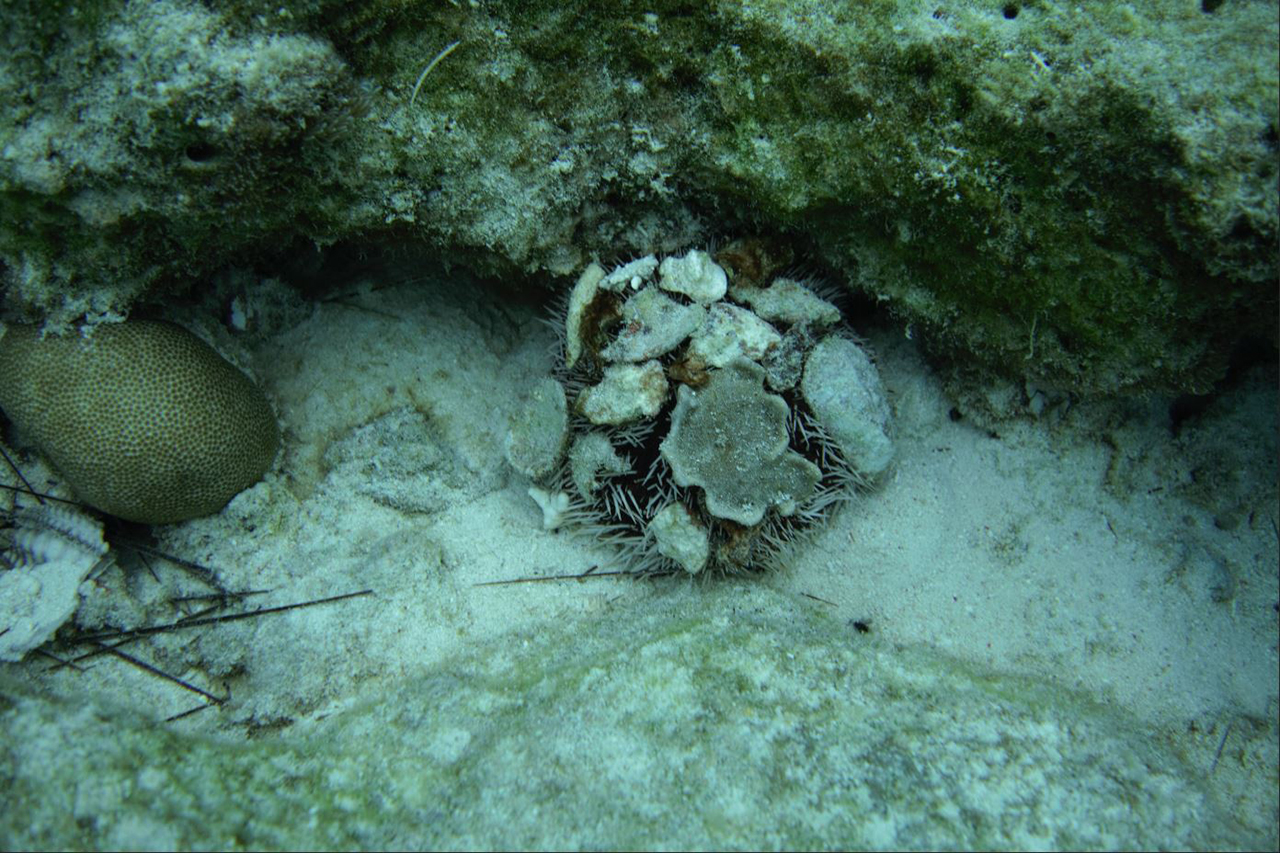 Thanks to the striking flora and fauna, we want to establish the route as a snorkelling trail for visitors, and an educational trip for local school children. We would like to ensure the protection of this area so that it becomes a haven for lagoon species and provides a source of fish and shellfish for the local fishermen.

We will be producing a map and some points of interest during 2018 and these will be posted on the website when complete – details will be available in the Manta Resort Dive Centre. We hope many of you will take the time to visit our trail either as a gentle introduction to Pemba's marine life, or a quick refresher course for the more experienced.