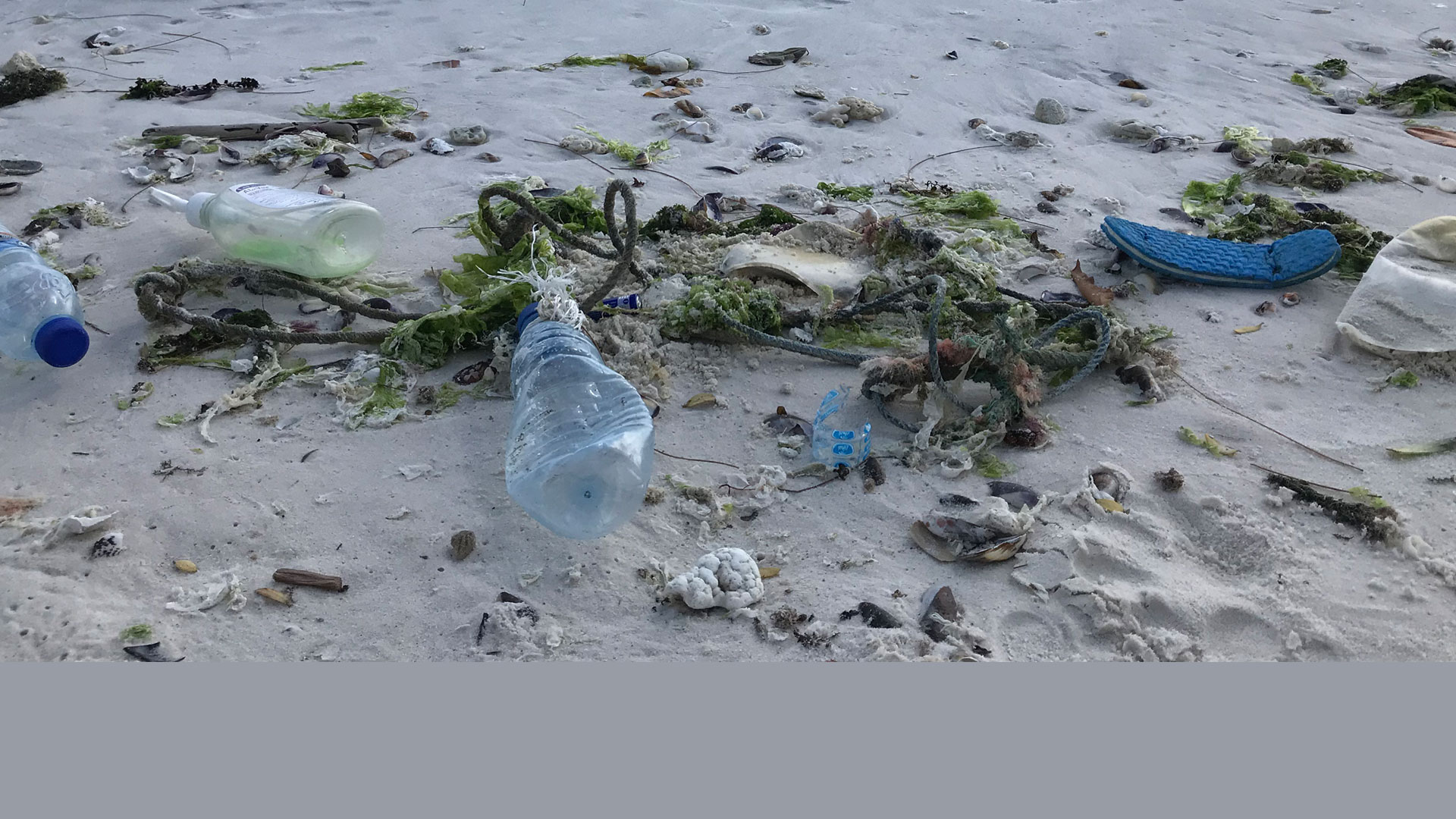 Pemba Island has a growing resident population and hosts between 7,500 and 10,000 tourists a year. With this increase in people comes an ever-increasing amount of waste including plastic, glass, sewage, food and wastewater. The level of public awareness regarding waste disposal on Pemba is low and many of the communities do not have the ability to pay for waste collection and disposal services - even of such services existed.

Little is known about how waste is disposed of by the communities of Pemba but it is thought that the majority of waste generated by households in Pemba is burnt, buried or dumped at sea. There are no known recycling facilities and the cost of exporting waste from Pemba for recycling in Unguja or Dar Es Salaam is too high to be a sustainable option.

Few households in Pemba are connected to a central sewer network and most of the population use pit latrines, cesspits and soakpits, with some households having no access toilet facilities. Seepage of sewage is a common occurrence and contributes significantly to the pollution of coastal waters and groundwater and contributes to the outbreaks of waterborne diseases.

The open burning of household rubbish releases toxic gases into the environment, many of which can have significant health impacts. As an example, dioxins are released when plastics such as PVC are burnt and as well as being inhaled, they can also settle on crops and in waterways. These harmful chemicals are known to be carcinogenic, meaning they are cancer causing and can also accumulate in our bodies.

Unregulated burying of waste is also a harmful means of disposal for both the environment and local communities. Hazardous materials such as heavy metals and petroleum products can leech into the groundwater leading to contamination of drinking water. Burying also removes large areas of land from productive use and can lead to soil erosion.

The dumping of rubbish in the sea also affects marine life such as fish and turtles, which ingest plastics and toxins and this in turn leads to a decline in marine resources on which many of the coastal communities rely.

What Can Be Done

The Kwanini Foundation wants to develop innovative projects to help reduce the amount of waste created on Pemba and how waste is disposed of. We plan to do this through two areas: education and technology.

We are aware that on Pemba many of the local people do not appreciate the magnitude of the impact which waste disposal is having on their island. We want this to change. Through a mixture of education programmes in schools and incentive schemes, we want to educate the local communities on the dangers of certain disposal methods (such as dumping at sea and burning) and the importance and benefits of an individual’s responsibility to Reduce, Reuse, Recycle.

We are aware that the tourism sector contributes to a large percentage of the plastic bottles on Pemba as majority of local people obtain their drinking water from wells. We are looking at pioneering technologies which can be brought to Pemba to process the large volumes of plastic generated and appropriate composting projects to reduce the amount of organic waste which remains untreated.

We believe that change is possible and, through small alterations in waste habits and facilities, great improvements can be made to both the lives of the local communities as well as the natural environment.

Waste - a nuisance or a resource?

The majority of waste generated by households is burnt, buried or dumped at sea.